Welcome on the Aberteke, the Lucyin Mahin Walloon on-line monthly.

Last issue of the "Aberteke" (presented in walloon and french).

Presentation of Walloon by Lucien Mahin in the meeting "Promoting or demoting: the transmission of minority languages from past to present", University of Poitiers, France, 6 and 7 April 2018. 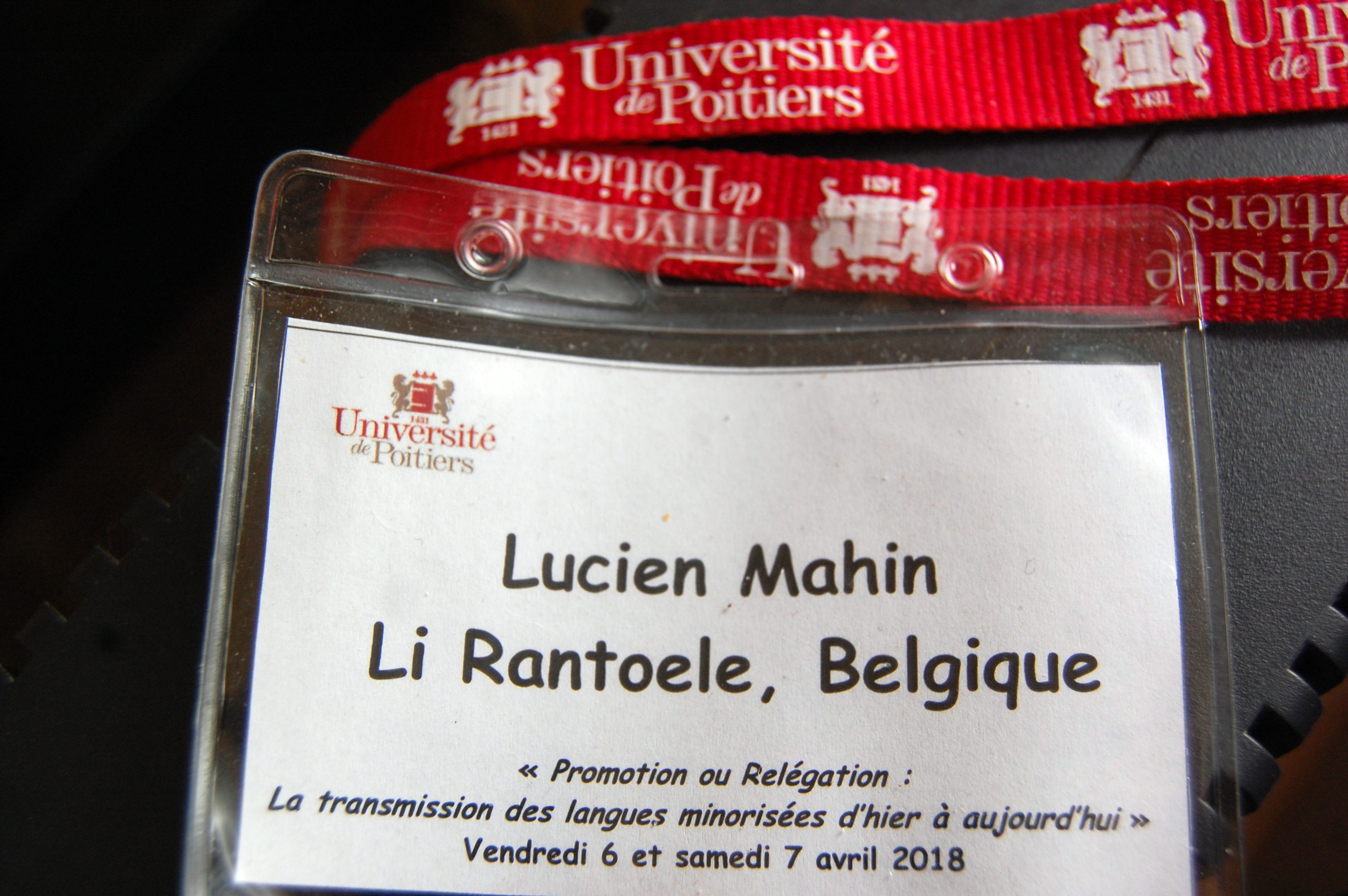 Our on-line magazine and other activities.

Also see another approach to discover our sites on Walloon-speaking index.

General presentation of the Walloon language and useful links.

The archives of our magazine. Archives of the english edition.

A palet of diferent sorts of texts in standardised walloon.

Index of the writers whose texts are available in standardised Walloon.

Who 's who of Walloon language animation.

Address of conversation clubs in Walloon.

Address of bookstores and specialized edition houses in Walloon.

We look forward to your comments and suggestions:

The languages of Belgium.

If you want a detailed overview on official and traditional languages in Belgium both from Latin and Germanic origin, click here. An other report on Walloon: here

Walloon or Walloon is the most important of the traditional languages of Wallonia, the southern, officially french-speaking, part of Belgium. For an overview on Walloon language, including a map, also providing links with other minority languages of Europe, click here. (This is a four-language presentation, also in French, Dutch and Walloon). A well-documented page on links using Walloon language as a mean of communication or illustrating it with literacy: here.

The position of the walloon language in the area where french is the official language.

Some cliches of Wallonia.

Li Walonreye (pronounce walon'rèy, in French: la Wallonie) may have become familiar to you because of Adolf Sax the inventor of the saxophone, or via the Belgian White and Blue cattle, referred to as the best beef breed in the world, or because of the battle of the Ardens during World War 2. The Belgian Ardens are a large part (30%) of Walonreye.

Walloon is an endangered language.

This may seem paradoxical, as:

1. The Walloon-speaking area is the most expanded of all so-called " langues régionales endogènes " of Wallonia (about 80 %).

2. The main ruling institution, namely the " Région Wallonne " has become widely autonomous inside Belgium, on economical and also political ground.

3. This political structure is managed by Walloons, whose parents or grandparents were speaking Walloon, and who repeatedly emphasize Walloon identity.

4. The name of the region it-self, created in about 1840, is derived from a linguistic concept (Wallonie = where Walloon is spoken).

This a situation widely similar (in worse) to the one of Irish or Gaelic in Ireland.

Why do we promote what could be felt as an "out-to-date" language ?

Some reasons are explained here:

Our ultimate goal is to have young Walloons (largely french-speaking but with 10% still familiar to Walloon) coming back to know and, finally, to speak the Walloon language in some informal and formal fields, in a trend similar to the one observed with Basque and Catalan.

Indeed, this site was prompted to be devised following recent advances in language planning of Walloon, both concerning corpus planning and status planning.

This is a private page, homed and designed at the expenses of the author. Please, if you do contact any individuals or organizations through this site, tell them that you found the information here. Feel free to print off these pages for your friends without internet access.

If you know about other Walloon language sites or groups, be kind to inform us. Every month this site is improved with a new Aberteke-magazine. So please come back. Webmasters of other sites devoted to regional languages, provide links between our pages, to create a general solidarity and lobbying for our languages.

Some texts published on this site may be affected by copyrights and eventually need to be removed in the future.